One hundred sixty-three media workers and journalists are in prison in Turkey. Recently, five more journalists were arrested based on their reports about the intelligence service (MIT). A prosecutor has launched an investigation against Erk Acarer, a well-known journalist, based on his stories.

19 journalists such as Büşra Erdal, Habib Güler, Bayram Kaya have been arrested for 4 years.

Although these journalists have probation rights according to the law, they are still in prison because the Supreme Court does not perform its duty. There are journalists in jail who have cancer like Mevlüt Öztaş. Furthermore, Melih Gasgar and some others have cardiac and blood pressure problems, they are still in prison. The health conditions of Ziya Ataman and Aziz Oruç are not well. Journalists such as Ahmet Altan and Alaaddin Kaya are 70 years old and in the riskiest group of a pandemic.

Gianluca Costantini, who is known for his cartoons about Gezi Park events in Turkey, brings the situation of the journalists into question. Famous Italian artist Costantini shared his works about the journalists in prison for the May 3 Press Freedom Day.

Patrick Chappate, whose cartoons are published in the world-famous media outlets such as Cartoon Der Spiegel and The New York Times, shared his cartoons to raise the voice of the arrested journalists in Turkey. Chappatte stated that he could not draw a new cartoon due to workload, and he granted permission publication of his cartoons about Turkey as a sign of support to our event.

Brazilian dissident Carlos Latuff is a well-known cartoonist in Turkey. With his cartoons, he raises the voice of the “voiceless” people. Latuff requested to publish his cartoon about the May 3 Press Freedom Day in which he criticized the latest prison release bill based on coronavirus measurements that kept journalists in prison and released the murderers and rapists. 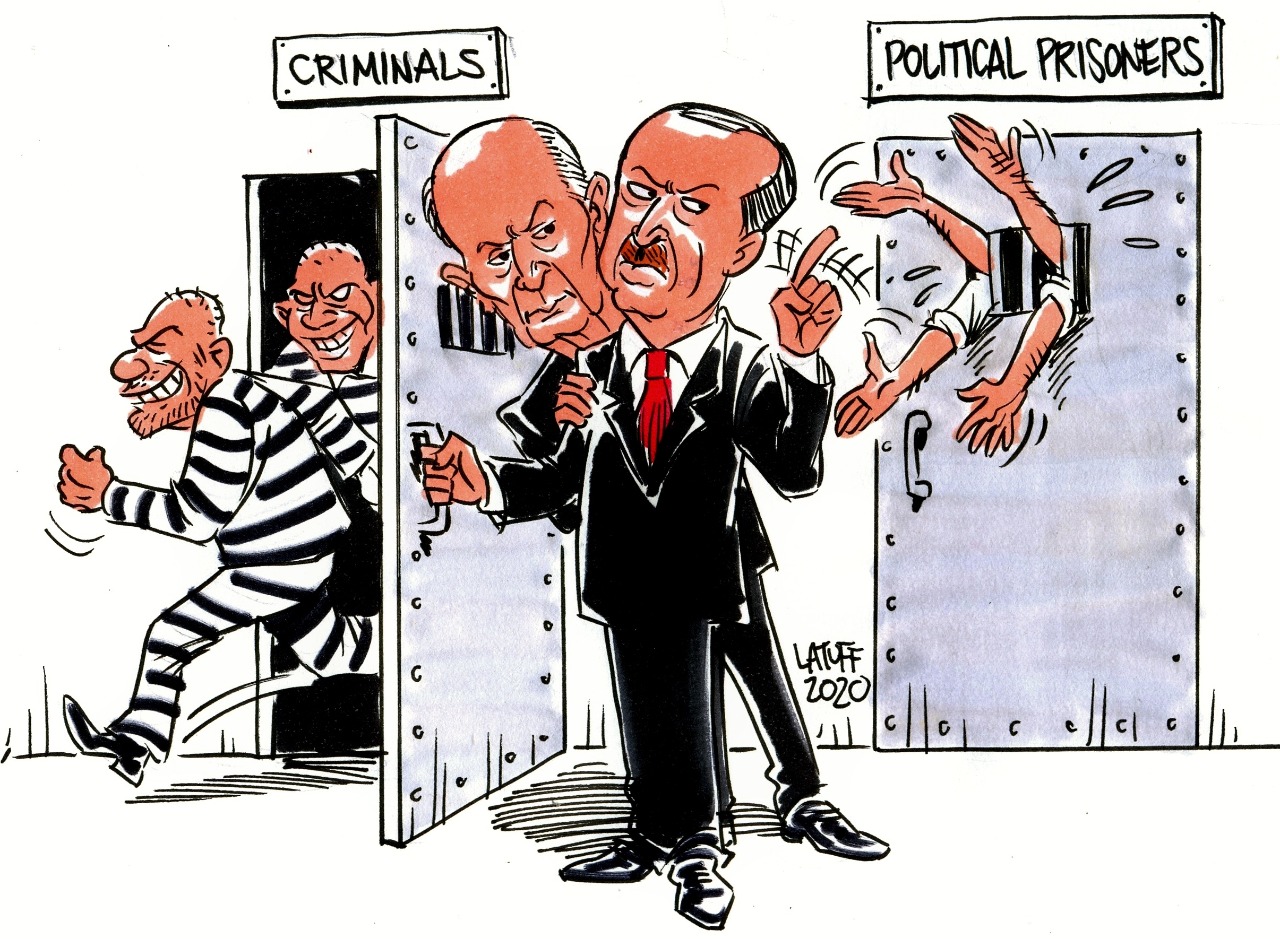